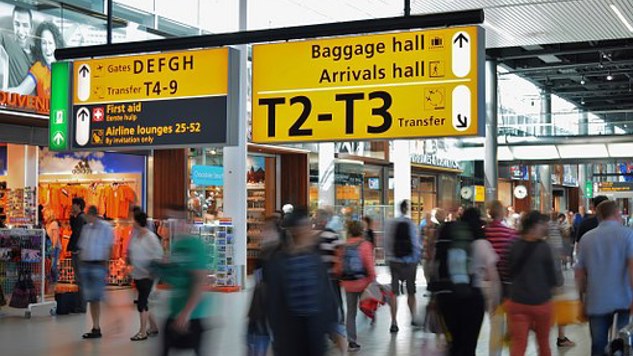 Over the past two decades, Swedish authorities have decided on more than 300 000 returns: less than half – 44 percent – return voluntarily with support from the Swedish Migration Agency and a large number of the decisions on return are not enforced at all.

In Delmi's first report about return migration, Those who cannot stay: Implementing return policy in Sweden, Henrik Malm Lindberg analyzes why there is such a large discrepancy between goals and outcomes in the return area in Sweden.

Which knowledge gaps has the Delmi-report (2020:1) filled in the return area?

The area has had significant knowledge gaps, partly because there has been limited amount of research conducted, and partly because the existing research has often been based on one perspective. The report thus fills an important gap since it takes a holistic approach on return issues, but also because it analyzes the area from the perspective of the implementers.

Another important contribution is to point out how return migration and implementation of the return policy are affected by the decisions that politicians make, partly to meet the objectives in other policy areas. Another important contribution has been to create an understanding of the many different challenges that the authorities that are handling return issues face. There are many challenges which exists on different levels, with different actors or in the interface between them.

In connection to the report launch, you and Delmi's chairman, Joakim Palme, described in DN Debatt how a "no" does not always mean "no" because of the possibilities of changing tracks. What does it mean for those who are not considered to be in need of protection?

Although only a small number of people are allowed to stay due to these opportunities, it means that a message is rarely or never perceived as definitive. This gives weaker incentives to prepare for a return, and it also affects the implementers will and ability to enforce the decisions.

"The message that the asylum system sends to the asylum seeker is that there is always an opportunity to stay."

What are the main challenges that make the implementation of return difficult?

To begin with, it must be noted that there is one factor underlying many of the challenges that authorities and other actors face: The primary goal of asylum seekers is to obtain a residence permit and stay in the country, returning home is often seen as a failure. Therefore, it cannot be expected that all those who receives rejections of applications will return voluntarily. Given this, those who execute the decisions need access to appropriate tools - incentives, means of coercive or persuasion - but several of those tools are extremely blunt and do not meet their aims. In addition, many of the authorities strategies to facilitate the enforcement of decisions is met with counterstrategies on the side of the migrants and their network in Sweden.

A fundamental problem is also that there are two authorities that will implement the enforcement of decisions. In theory, the division of responsibility is simple: The Swedish Migration Agency handles the voluntary return, while the Police handles the return in cases where the person has absconded or does not want to cooperate. In practice, the division of responsibilities is difficult to manage, with several overlaps and information at one authority that does not reach the other. The return and enforcement issues also tend to be pushed to the background in the respective authorities since they are not perceived as particularly high status or part of the core mission.

How does a return system with conflicting objectives affect the creation of parallel societies in Sweden?

When the return and the implementation are flawed, it affects the efficiency of the system, and we see that in the statistics of the two decades that we have examined, 1999-2018. A large proportion, well over half, of those who receive rejections of applications do not return voluntarily, which means that a large group of people remain in the country. We do not know much about the group that chooses to abscond. For good reasons, we can assume that some of those who abscond choose to leave Sweden, back to their countries of origin or to another EU country, for example. However, many remain in Sweden and live under difficult and uncertain conditions in so-called parallel societies.

"A large proportion, well over half, of those who receive rejections of applications do not return voluntarily, which means that a large group of people remain in the country."

What are the most important lessons for the return system to provide humanity, legal certainty and efficiency?

The most important lessons learned, and the policy recommendations are:

While this first report examined return migration from the implementers side, Delmi is now working on a second report focusing on the returnees. ”My hope is to be able to enrich their experiences and draw conclusions that may contribute to better information and support for future returnees”, Henrik Malm Lindberg concludes. *The debate articles are written in Swedish and the seminar was held in Swedish.

Picture by Skitterphoto from Pixabay.