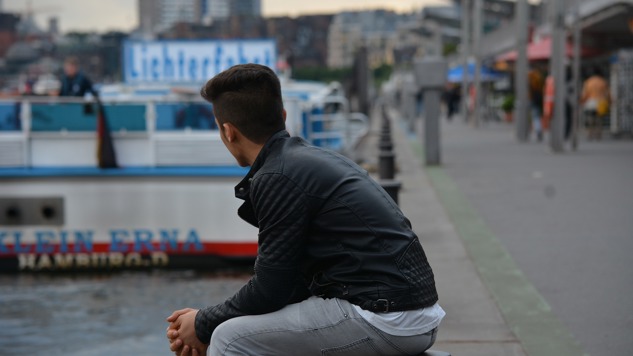 Arte is a German-French production company that has produced a documentary about unaccompanied minors from Afghanistan and their attempts to integrate in Sweden. These are stories about life as a refugee and what happens when their asylum application is rejected.

In 2015, Sweden received 162,877 asylum seekers, of whom 24,000 were unaccompanied minors from Afghanistan. But the waiting time to have their cases decided at the Swedish Migration Agency is long and, in the meantime, these young people go to school, learn the language and see their future here. Since the refugee crisis, Sweden has tightened the migration law and is conducting deportations to Afghanistan for those who have grown up and are not considered to have grounds for asylum. Those who do not want to return look for options: Many appeal the decision, others try to stay through the Upper Secondary School Act, some travel to other European countries, and others try to live in hiding in Sweden.

Henrik Malm Lindberg was interviewed about, among other things, the Swedish labor market and the need for workers in different sectors. What are the chances of staying for those that have entered Sweden? These facts were then used in the making of this documentary, which focuses on those who have not been granted a residence permit. Hear their stories of returning to Afghanistan and remigrating to Europe.

Picture by FsHH from Pixabay.