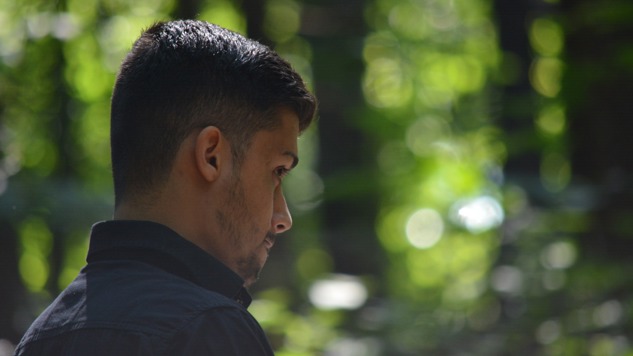 What can we learn from the experiences of those who have been through the return process and what does the changed security situation in Afghanistan mean for those sent back? Delmi's AMIF-funded study is based on semi-structured in-depth interviews with 100 rejected asylum seekers who have returned from Sweden to Afghanistan or Iraq in recent years.

In connection to the translation of the policy brief Those who were sent back: Return and reintegration of rejected asylum seekers to Afghanistan and Iraq (2021:10), Delmi has interviewed one of the unaccompanied Afghans who came to Sweden during the refugee crisis and was later deported to Afghanistan. This is Boman's story, which also illustrates the experience of many of the respondents in Delmi's study. Boman is currently living in Pakistan, the country where he grew up. He was deported to Kabul and our research results show that only half of the respondents returned to a place where they feel at home.
- ”Afghanistan was a new country for me, just like when I moved to Sweden. It's my country of origin but I had never been there before. It was a new culture and I had a hard time understanding the language. I tried not to talk too much so it would not be noticed that I did not come from there", he explains.

Afghanistan was a new country for me, just like when I moved to Sweden. It's my country of origin but I had never been there before.

When Boman landed at the airport, no one was there to welcome him, he received no financial support and knew no one who could help him integrate or get a job. Instead, he received remittances from the Swedish family with whom he lived with during his time in Sweden. Their help is still today the only resource he counts with to be able to support himself. Through the I Do association, which helps deported people from Sweden in Kabul, he volunteered and tried to support other returnees with his experience. In August, during the Taliban's advance, Boman managed to move back to Pakistan. Today, none of his friends who are left in Kabul dare to go out.
- ”Everyone wants to try to escape from the country right now but it is not possible, the airport is closed. They are scared. Where should they go? ” he says. The majority of them, like Boman, belong to the ethnic minority Hazaras. 77% of the Afghan respondents in Delmi's study belong to this ethnic group, which is exposed to violence and oppression by the Talibans, among others.

Afghans seem to have been driven to migrate mostly by years of living in poverty and insecurity, and for feeling persecuted. Many of the respondents in the study had moved on to Iran to draw on the financial opportunities there, before leaving for Europe. The same applies to Boman, who fled as a minor from Pakistan via Iran and came to Sweden at the end of 2015. In Sweden, he was well integrated, did an internship alongside studying in high school, learned fluent Swedish, and established a strong network of his foster family and friends with whom he still has contact.

In Sweden, he was well integrated, did an internship alongside studying in high school, learned fluent Swedish, and established a strong network of his foster family and friends with whom he still has contact.

However, what he told the Swedish Migration Agency was not enough to be granted a residence permit and he also did not meet the requirements to be able to stay via the Upper Secondary School Act since he arrived in Sweden after November 24, 2015.
-”After three rejections, I decided with my family and the company I interned for to return and apply for a work permit. I returned voluntarily but I had no choice.” The idea was to stay for a few months and then return to Sweden, but during the first application he realized that he had received a one-year re-entry ban. Then came the Covid-pandemic, which shut down an entire world. His plan is to try to apply again this year. A plan B does not exist.
-”Somehow, I have to go back to Sweden. I cannot live in either Afghanistan or Pakistan. I do not see a life or future there. I have been integrated into the Swedish society. I do not want to go to another European country and start from scratch again."

I do not want to go to another European country and start from scratch again.

Boman shared how happy he felt when he found out that the Swedish Migration Agency has suspended deportations to Afghanistan. He wishes that the decision had come when he was still in Sweden but living irregularly in a so-called shadow society was never an option. Instead, he wanted to come back via legal pathways.

-“ You should never give up on your life. You must always fight for what you want in the future, whatever the situation. One day you will win. I have a goal and it will become a reality", he concludes. An important result of Delmi's study is that the reasons that lead people to migrate remain after their return. This increases the probability of remigration- back to Sweden. However, the legal paths are few to none.

*This is not a picture of Boman.

Picture by FsHH from Pixabay.

Read the policy brief in Arabic, Kurdish, Dari or Pashto