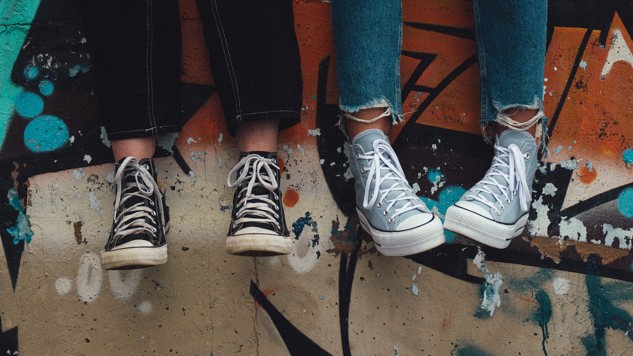 On November 20, 1989, the UN Convention on the Rights of the Child, was adopted. Today, Delmi celebrates International Children's Day, a day that promotes the understanding of the best interests of the child. This can be linked to the project Return and Reintegration that is financed by AMIF. In this project, Delmi examines rejected asylum seekers' subjective experiences of the asylum and return process. Some of these were children when they came to Sweden. What asylum cases look like for children based on the Convention on the Rights of the Child is a topic that is also addressed in the Delmi podcast.

During the refugee-crisis of 2015, large numbers of refugees entered the Swedish border to seek asylum. 43% were minors, and half of them arrived without a parent. The Swedish Migration Agency reports that 23 480 unaccompanied minors from Afghanistan arrived in the country during that year. Children are a particularly vulnerable group and their asylum cases and rights are considered in accordance with the Convention on the Rights of the Child, which has been included in Swedish law since January 2020. In the asylum process, this means that there must always be a child perspective, even if the Aliens Act allows one to look at other interests such as a regulated immigration. Carl Bexelius puts it this way in episode 7 of the Delmi podcast.

Carl Bexelius, Legal Director at the Swedish Migration Agency, on the requirements of the Convention on the Rights of the Child.

A recently launched report from Delmi raises 100 voices from those who have not been granted asylum and returned, voluntarily or by force, from Sweden to Iraq and Afghanistan - the countries where most asylum seekers came from. In the report, interviews were made with adults who came to Sweden when they were under 18 years old, among others, and cover topics related to, for example, education, the Upper Secondary School Act, housing situation and leisure activities. One of the most debated issues in politics and media has been age assessments. One of the respondents in the study shares his perspective on how the assessment went.

I also submitted myself to police. Police submitted me to the immigration authority of Sweden… They took our fingerprints, height and weight, and I told them that I am 15 years old, but they wrote me born in 1997 and wrote my age based on their own wish. Currently, I may be 20 years old, but I am 23 years old according to the age they have selected for me.

Male AFG #65 Quote from the report.

Many of those who came from Iraq had migrated as a family. They had heard that Sweden values human rights and that it is a country that will protect and secure the future of their children. This research project has shed light on the respondents' experiences in the country of origin, when they fled, their time in Sweden and after return. For some women, their mental health deteriorated, which affected the family's decision to return voluntarily. About half of the people fleeing conflicts are children, which is why Delmi has written several studies with a clear focus on children. The studies focus on different parts of the migration and integration process, and we will continue to research difficult but important topics.

Picture by Aedrian from Unsplash.

Delmi's study on return and reintegration

The path of unaccompanied minors