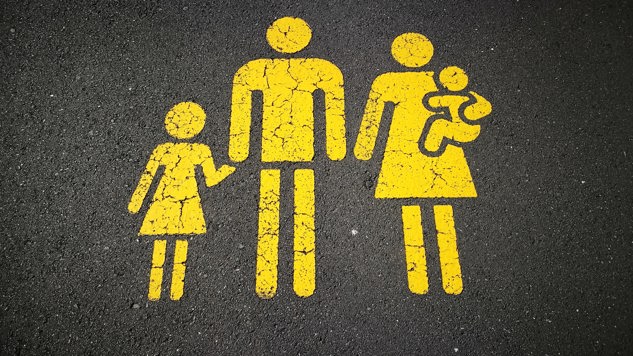 Since the 1980s, family migration is the most common reason for foreign citizens outside the Nordic countries to be granted the right to settle in Sweden. In Sweden, a law on temporary restrictions on the possibility of obtaining residence permit was introduced in June 2016. The law was introduced as a direct result of the large quantities of asylum seekers in the fall of 2015 and was presented as a necessary action in order to uphold the system of refugee protection and other important societal functions from the increasing strain caused by this migration. This report is about family immigration policy, which is one of the areas most affected by the 2016 regulatory changes.

One area where the 2016 rule changes have had the largest impact is family migration, which is the focus of study in this report. In particular, the stricter regulations meant that persons granted subsidiary protection status had very limited chances to get the right to reunite with their close family members. But the rule changes implied stricter regulations in relation to family migration affecting also other categories, and the Swedish population at large, e.g. in relation to support and housing requirements to be allowed to bring in a partner from a country outside of the EU. The report puts the Swedish rule changes in in a comparative perspective by analysing how they compare to: EU law, family reunification rules in other countries – both previous and current – in the neighbouring countries of Norway and Denmark.

The report, Family, Citizenship, Migration – Sweden’s policy on family immigration in a comparative perspective (2018:5) is written by Karin Borevi, associate professor and lecturer of political science at the Department of Social Sciences, Södertörn University and affiliated researcher at the Center for Research on Religion and Society (CRS), Uppsala University.

Picture by Sandy Millar from Unsplash.