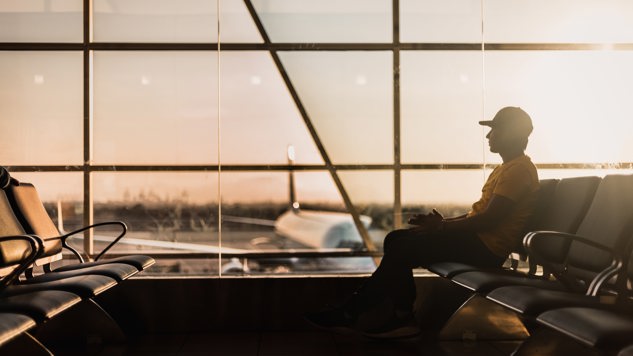 The combination of not being sufficiently informed about the Swedish asylum and return process and traumatic experiences before and during the migration journey has an impact on the ability to understand a return decision. It is one of the conclusions of this report and policy brief from the AMIF-funded project Return and Reintegration.

Delmi's new study examines the willingness to return to the country of origin and the subsequent reintegration. The study and the results are based on 100 interviews with migrants who have returned voluntarily and involuntarily to Afghanistan and to Iraq. In 2020, informants answered questions regarding their lives before their arrival to Sweden, the asylum and return process as well as the reintegration in their country of origin. It fills a knowledge gap about asylum seekers' experiences and the prerequisites for a successful reintegration.

Voluntary and sustainable return and reintegration is a sought-after goal that is problematized by the authors of the report since the definitions reflect the political will of the EU and not the reality of the receiving countries. A context of political, social, and economic instability cannot be considered sustainable if the push factors remain after return. This is confirmed by the fact that more than half of the respondents plan to re-migrate.

The policy brief has also been translated into the respondents' native language: Arabic and Kurdish in Iraq and Pashto and Dari in Afghanistan. The aim is to increase the understanding of the return process and reach out to the target group and relevant actors internationally.

The report, Those who were sent back: Return and reintegration of rejected asylum seekers to Afghanistan and Iraq (2021:10), is written by Henrik Malm Lindberg, associate professor of economic history, Constanza Vera-Larrucea, PHD in political science and André Asplund, PHD in international relations, all working as Research Coordinators at the Migration Studies Delegation.

Picture by Marco Lopez from Unsplash.

Delmi in the media